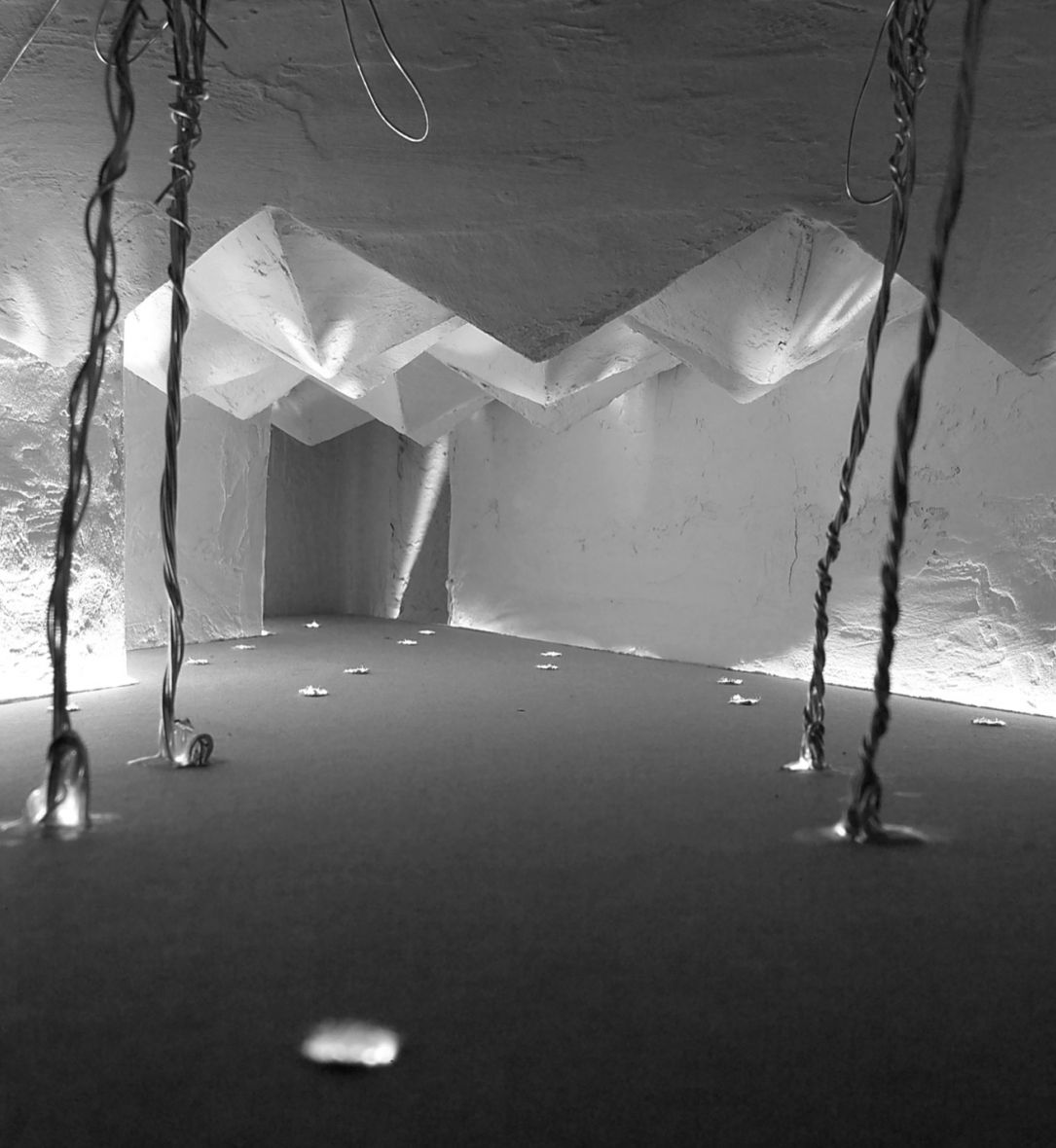 The project was developed under the two highway lanes, thus solving the noise issue.

The idea was to create an unexpected place, a subterranean square and crystal garden, where concrete pyramids represent canopies and beams of light tree trunks.

The presence of this particular space is announced to drivers by the large skylight between the lanes rising high above. During the day it illuminates the center of the square below, while during the night it casts light on the surface.