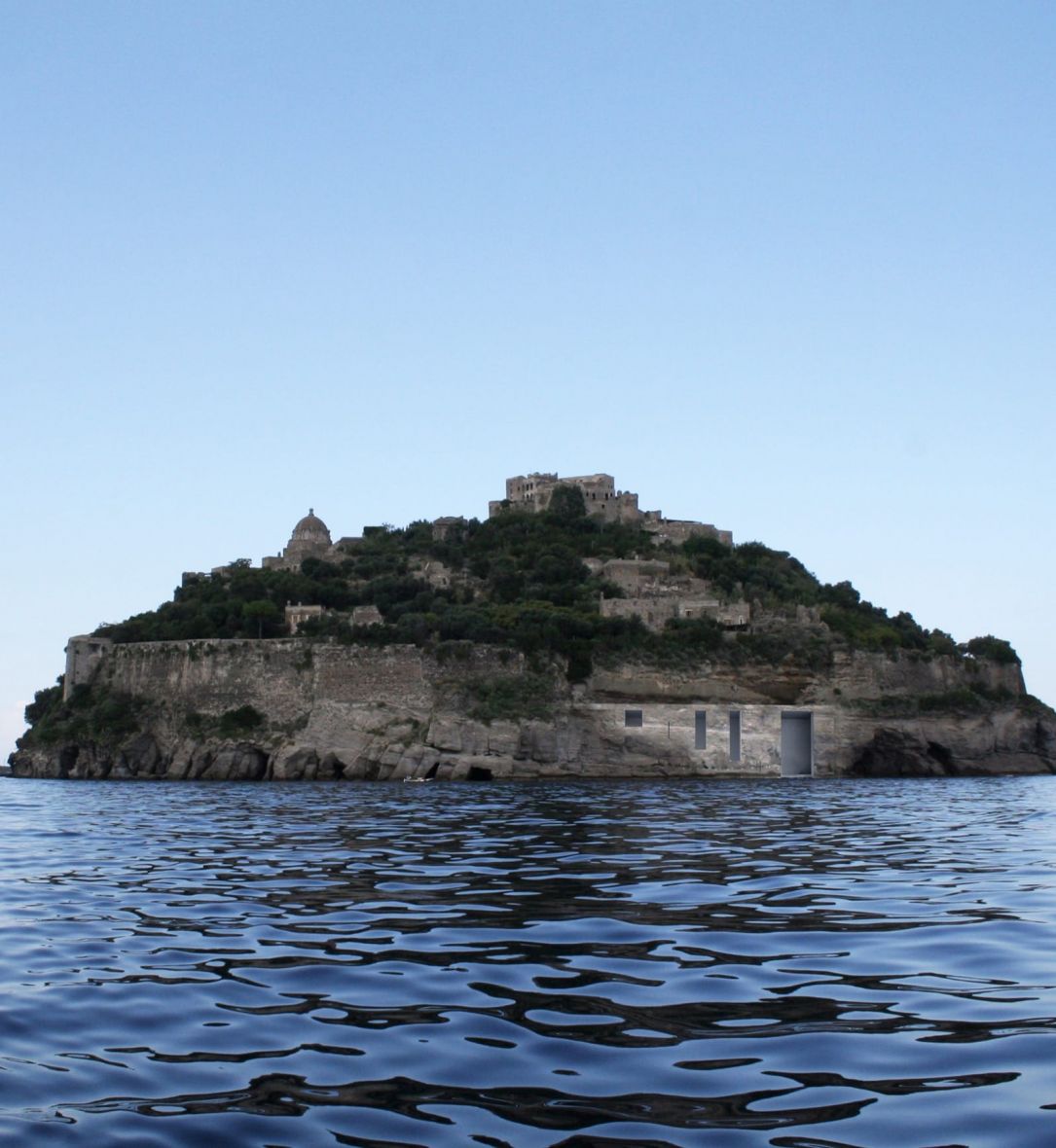 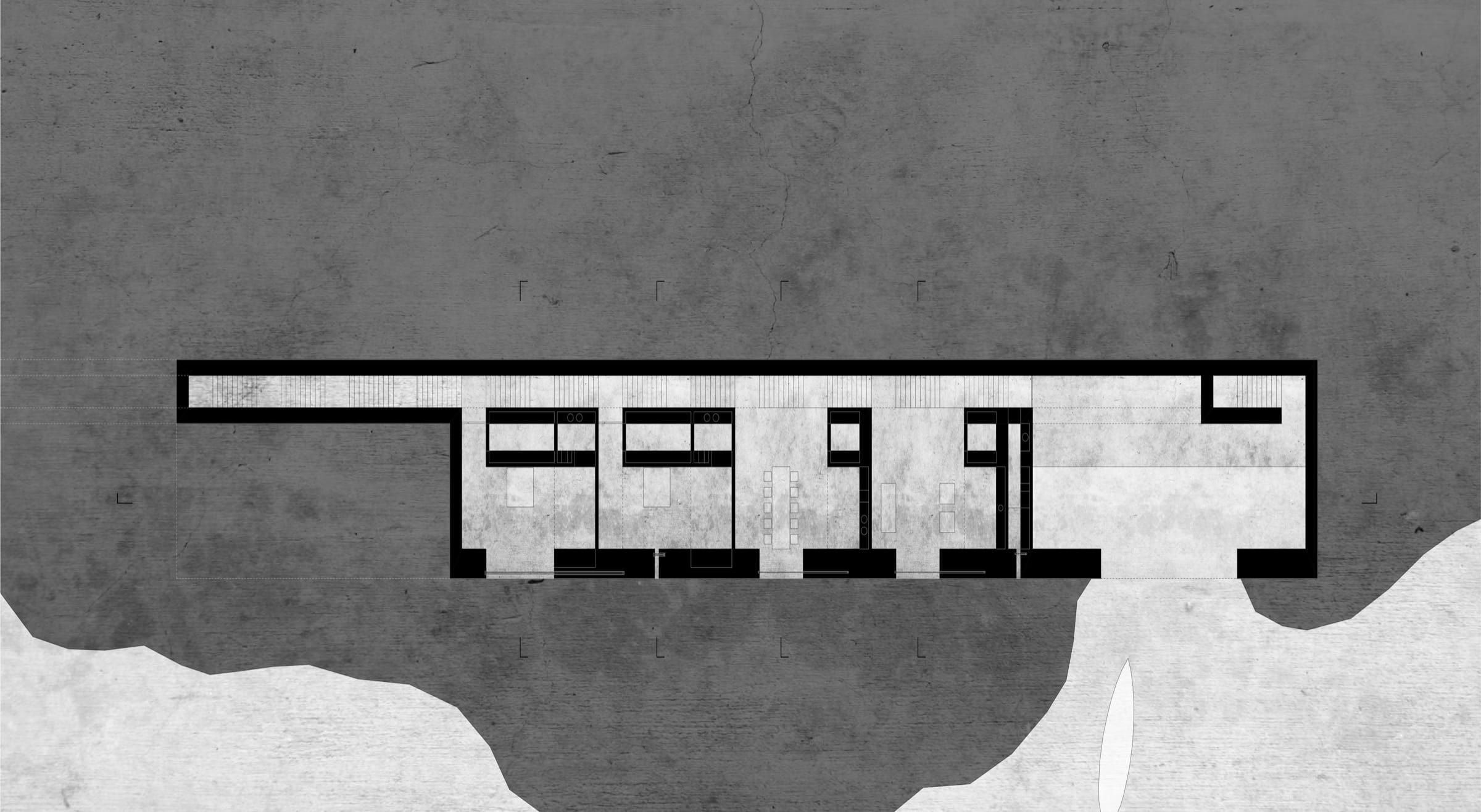 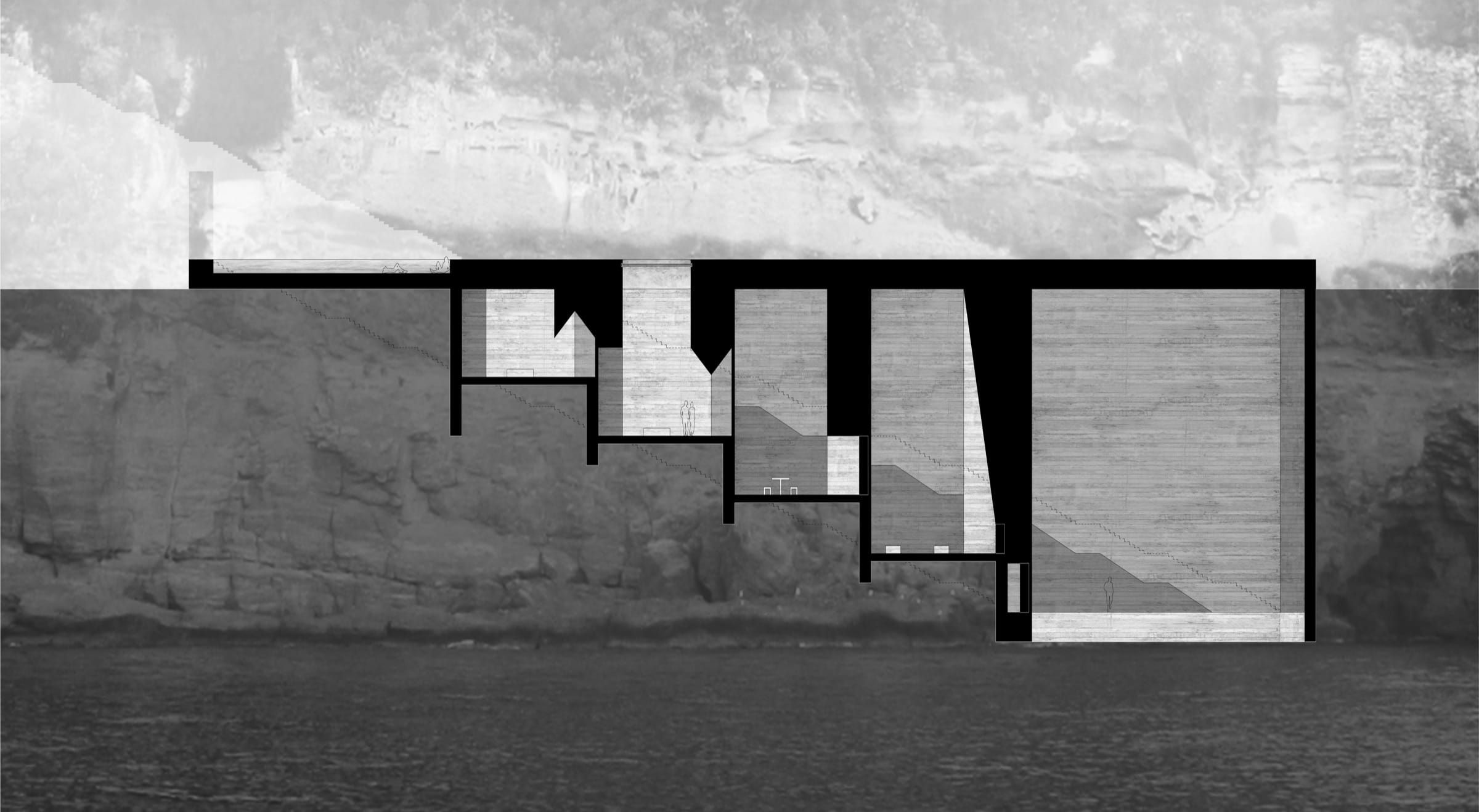 Houses 7 spaces at the Aragonese castle of Ischia

The 7 spaces required by the project are connected by a path.

The island of the Aragonese castle has a medieval wall along with the three-quarters of its perimeter, while the remaining quarter is a cliff. At a single point open to the south the walls collapsed, thus uncovering a thirty-meter-high cliff overlooking the sea.

The project generates a new situation, which adds to the many building conditions already present on the island. The path starts with access to the island, via the bridge and the subsequent tunnel. From here the house begins. Instead of going up towards the fortress, the path continues along the walls until it reaches the south-facing bank. The path continues back indoors and descents to the sea.

The staircase carved into the cliff enter the house, crossing and modifying the spaces, gradually increasing the height, until reaching the dock, concluding the path in the sea. 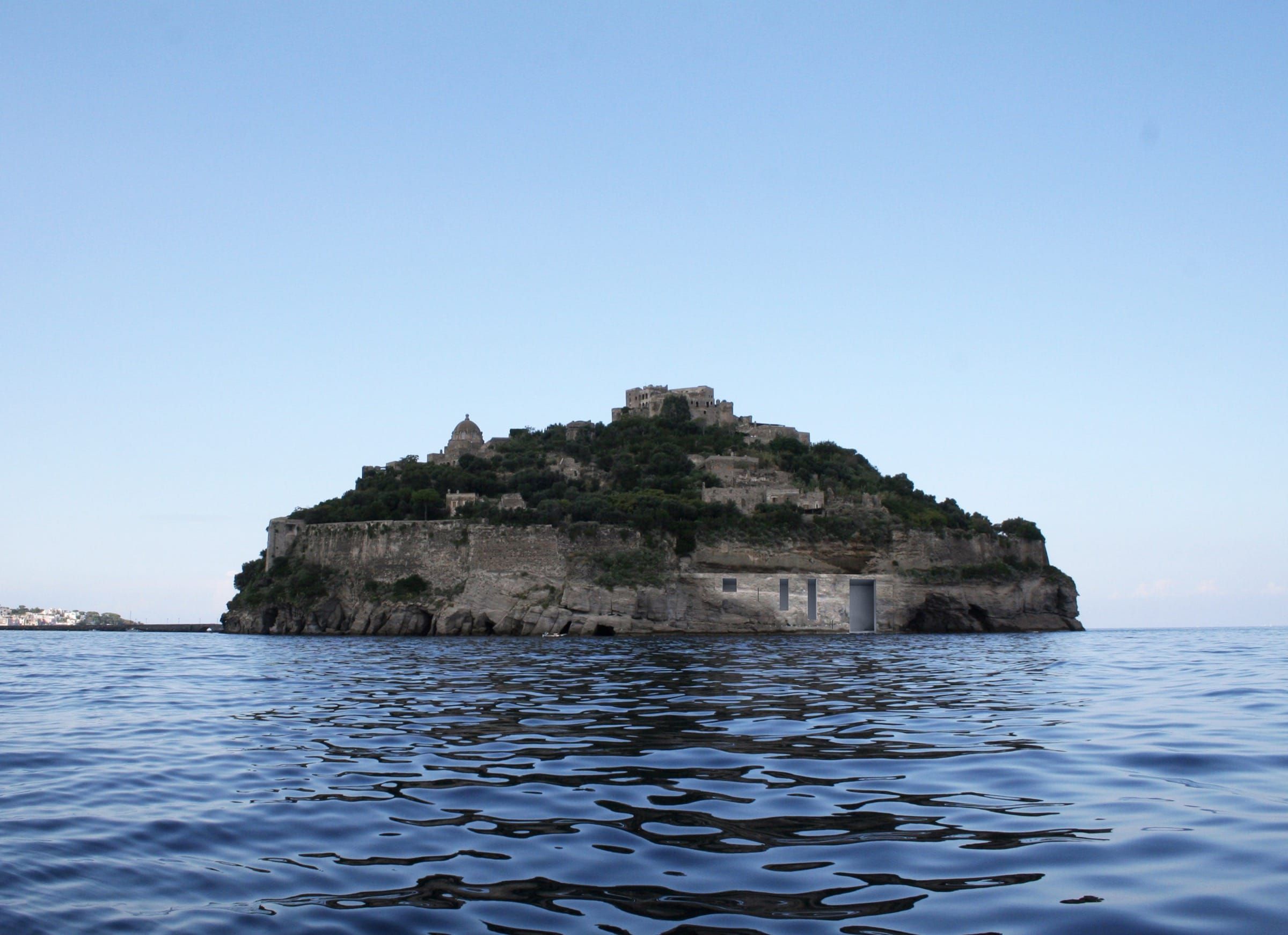