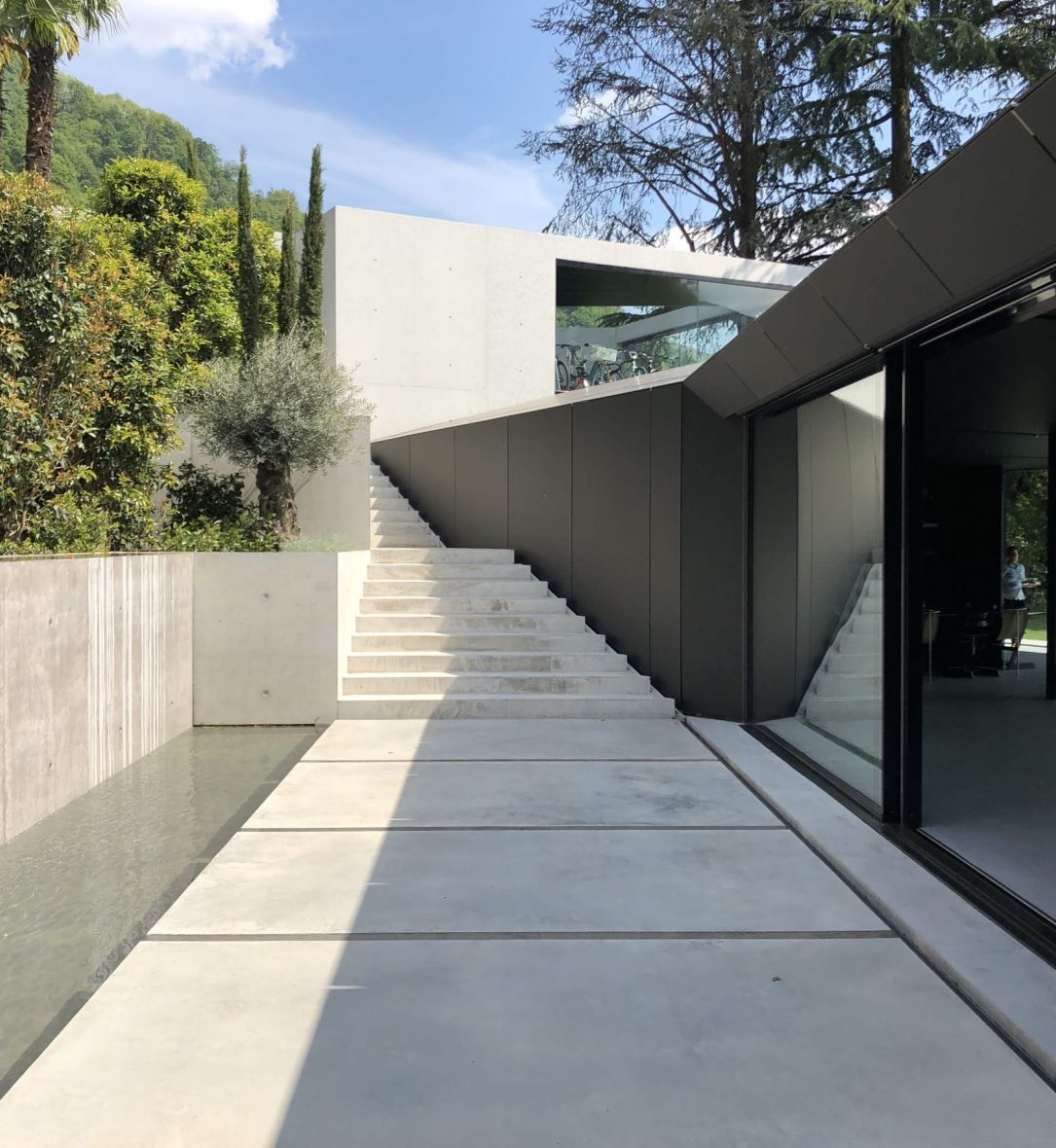 Completed in the early 2019, The Stealth represents an exciting experience involving a strong multidisciplinary team of experts. The project evolved several times over the course of the design and construction process, enriching itself with numerous details that contributed a final structure of a great spatial complexity.

Despite the large dimensions of the site, accessibility posed a challenge, as the site is accessible only through an eight-meter street front located in the upper part. This led to the development of a roof as the fifth facade of the building. The centerpiece of the whole project is the roof, a large black wing that houses the spaces of the house.

The wing, made of heavy metal carpentry, frees up the space of the living area, which is transparent both north and south. The large automated glass walls allow opening of both fronts, emphasizing the sequence of spaces. The water patio is the first of the spaces in sequence, followed by the living room, porch, garden, outdoor swimming pool and finally the lake.

Inside the house, the principle of covering composite material of the exterior changes and becomes boiserie. Black color abstracts the details and everything disappears behind the panel modules. The entire wings of the house are hidden behind floor to ceiling panels.

A staircase leads to the floor below, so that unexpected spaces are discovered, such as the indoor swimming pool and the underground gym, illuminated through a triangular patio.

The master bedroom is also a traversing space. To the north a patio diffuses indirect light, while toward the south window opens toward an intimate garden.

In all spaces, the protagonist is the landscape, where The Stealth inserts invisibly through its matt black surfaces.